The UrbanStarr was an events site that informed users as to what was going on in the city. "Urban" represents the urban professional we were marketing to, "Starr" represented the North Star that slaves used as a guide to freedom as well as our users, as in - You are an Urban "Starr". The irregular shaped star was used to stay away from the overused regularly shaped star and to represent an actual star in the sky shining down, hence the descending graphic. 2001

Worn was a fashion complement to The UrbanStarr.com. A mark was created that resembled the form of The UrbanStarr's mark using a front-loaded descending graphic and Futura font. The "O" form is expanded to surround the "w" representing focus. Worn's monthly page primarily focused on spotlighting fashion trends going on around the city and how they jived with national trends. Local fashionistas were "Worned!" every month as to fashion do's and dont's. Worn also sponsored successful fashion shows. 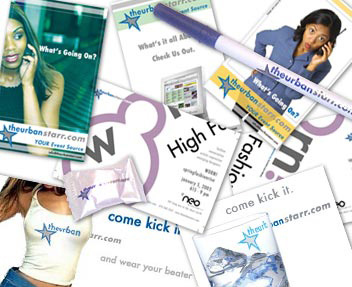 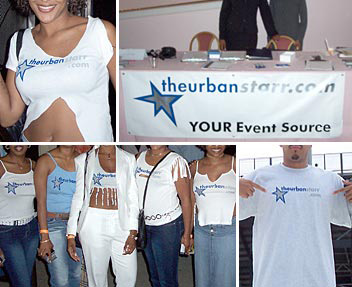